The Right to Die Spaceman

Journey with a man as he makes his final act.

Beondo's Extra Shorts were originally a series on Medium. They are all stand-alone tales that have no connection to any of our verses. 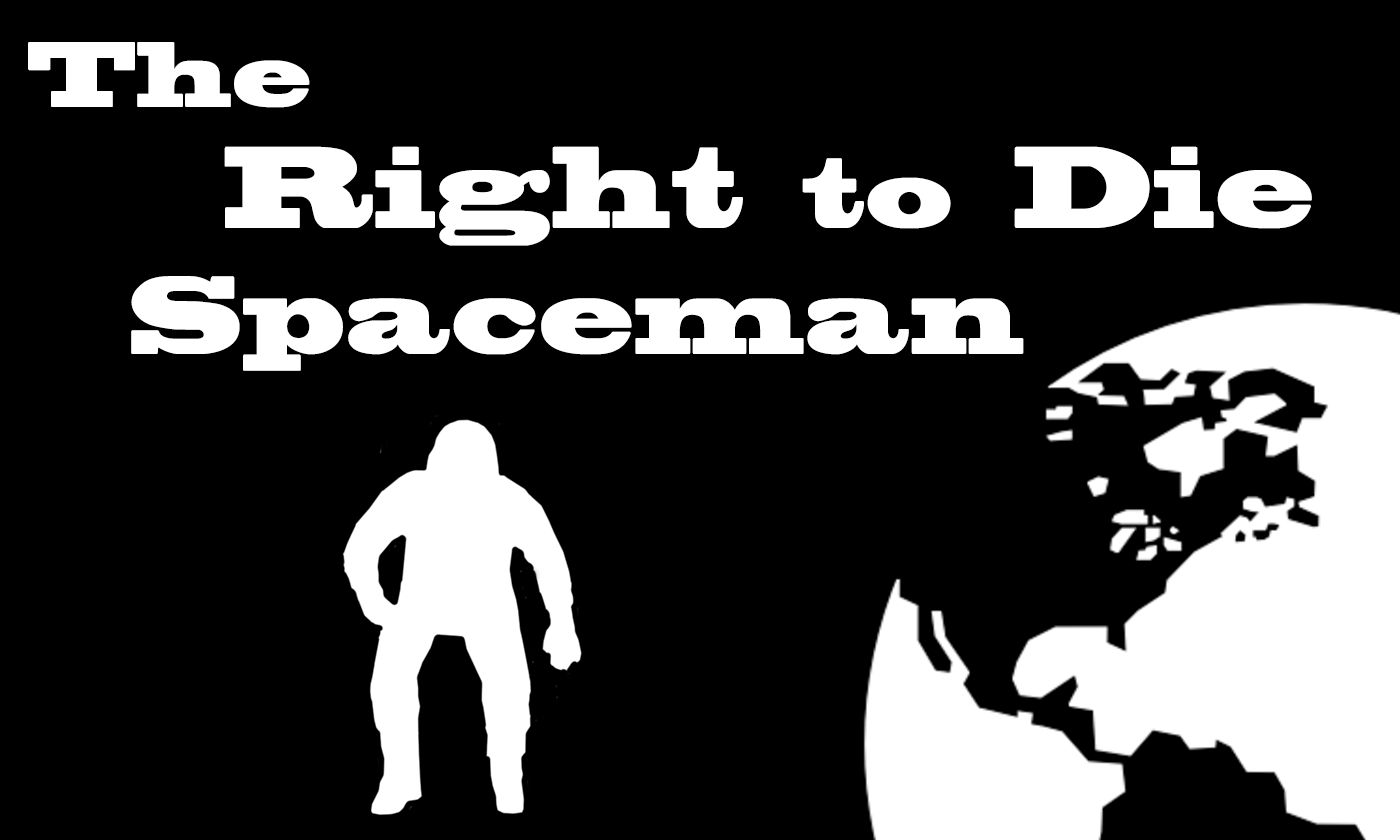 As the technician finished strapping him into his seat, he took in a deep breath and reminded himself that this was going to be the ride of his life. The minutes that followed were a blur, as the man’s thoughts drifted through his memories.

It was the sound of the flight director over the comms that snapped him back to the present, “Shooting Star, this is ground control, we are go for launch. Initiating two minute countdown on my mark . . . mark.”

This was it, he thought to himself, there was no turning back now.

As the seconds counted down, he was flooded with a multitude of conflicting feelings and thoughts. Waves of fear, intermingled with blasts of excitement, all tempered by the winds of sadness. With three seconds to go, the engines ignited and he could feel their power coursing up the rocket to the crew module. From this point it seemed that everything inside of him stopped, frozen in anticipation of what comes next.

By the time he was thrust into his seat, he knew that lift-off had happened. From this point, the force that was pushing him into his seat was growing stronger, with the rocket beneath him accelerating faster and faster. As the pressure on his already strained lungs made breathing a strenuous task, he reminded himself, this is all part of the ride.

Over the nearly nine minutes he spent inside the rocket as it accelerated, there were several moments where he questioned his ability to hold it together. Then, with a more peaceful abruptness than liftoff, the intense pressure was gone.

Feeling his body’s yearning to float out of the constraints, he undid his straps, feeling the freedom from gravity for the first time in his life.

Just as he was getting caught up in the moment, the flight director came over the comms, “Shooting Star, this is ground control, do you copy?”

“Ground Control, this is Shooting Star, I copy you loud and clear,” he responded, as he pushed himself away from the console he floated into.

“Glad to hear Shooting Star. We are switching on your suit’s telemetry system. Once the suit detects that you are outside of the capsule, it will take over control of your trajectory with your suit’s micro-thrusters. We are depressurizing the capsule now, prepare to make your exit,” the flight director said.

A surge of excitement coursed through his veins, as he realized he was about to see what he came to see. He reoriented himself to head towards the hatch, which was already opening. With a short kick from his legs, he shot straight for the opening; catching himself as he reached it, to ensure he exits the capsule with his suit intact.

Once he was lined up properly, he pulled himself through the hatch, emerging into the sight of his dreams.

Earth floated in front of him, humbling his entire existence. Mountains were passing beneath him as if they were small mounds and oceans seemed like small puddles. All of this really speaks volumes to just how large Earth is.

He felt his suit’s thrusters kick in, putting him on his delivery trajectory. It did not take long until he was passing the edge of the capsule, whose hatch was already closed in preparations for its return to Earth.

Shortly after the capsule was out of his visibility range, he opened his comm and said, “Ground Control, this is Shooting Star, package has been delivered and the suit’s micro-thrusters have taken over control of my trajectory.”

“Outstanding Shooting Star. On behalf of everyone here, we want to wish you all the best on your journey. We will mute our comms for the remainder of your orbit, but we will keep them open for your family, friends, and supporters around the world. We wish you well, Shooting Star. This is ground control signing off,” the flight director said.

He took in a deep breath, as he began to realize that the moment was finally here. Being well past the point of turning back, he drew deep within himself to summoned the strength to get out his next words, his last words.

“To all of you who are listening in and sharing in this moment with me, know that I thank you for all the kindness and love you’ve shown me and my family, as we approached this date. Please continue to share that love and kindness with one another; it is our greatest strength.

To my friends who have been by my side through thick and thin, know that I have cherished our time with one another. Know that I leave with more memories of our times together, than I could recall in a single day. I hope each of you will continue to build up your own memory banks with more incredible moments.

To my family . . . what can be said that we haven’t said to each other a thousand times over? What emotion is left to be shared? Who am I kidding, there is always room for a little more. Know once more, that I love you. Know that no matter where you are, I will always be watching over you from above,” he said, before taking a brief moment to choose his last words.

Once he was ready, he continued, “To all of you I will leave you with this — each and every day that you are alive, endeavor to be better than you were the day before.

To the future . . . you go!” he said, before releasing the comm switch inside one of his suit’s gloves.

With his final goodbye taken care of, he turned his attention to the remainder of his mission.

“Suit, how much time until target delivery?” he asked.

“We are on schedule for delivery in twenty minutes,” the suit replied.

“Well then suit, I think it’s time we get ourselves ready for the big show. Please start my playlist and rotate me so I am facing away from Earth,” he ordered.

The suit did not reply, as it turned on the music and activated the necessary thrusters to rotate him around.

As soon as the blanket of stars came into his view he was all smiles. It was the most incredible sight he had ever seen. So much space, so much potential, he thought to himself.

With his view in place and his tunes filling his helmet, he gave the final order, “Begin the final sequence.”

His suit again gave no response, going about its tasks quietly as its wearer relaxed. Beginning with injecting a small dose of morphine into the intravenous tubing connecting the man and the suit together.

Feeling the pleasurable effects of the morphine kick in, he took a final moment to reflect on the situation. As he did, he felt a tear drip down his cheek. It wasn’t a tear of sadness, rather it was a tear of gratefulness. He was grateful to have lived the life he lived. Most importantly, he was grateful to have existed at all.

“Life is precious,” he said out loud, as if he was communing directly with existence itself, with God itself. Letting existence know that he leaves it, understanding just how special . . . it is.

As the morphine doses continue to drip in, he was slipping deeper and deeper into relaxation.

Far below him, on the surface of Earth, his family and friends were gathered together — hoping to see their loved one, for one final time.

As the minutes counted down, nervousness built up. They comforted each other the best they could, but nothing could soothe the nerves that had been already strained by the cost of grieving an impending loss.

Then the countdown reached zero — everyone, both young and old, was standing on their feet with their necks strained backwards. It took a few moments, but then he appeared, streaking across the night sky.

They cheered, they cried, they reflected, as they watched their friend and loved one, be their shooting star for the evening.

Per his final request, they all made a wish.