A Tail Within A Tale

This story has cats and aliens. Your welcome catlovers!

Beondo's Extra Shorts were originally a series on Medium. They are all stand-alone tales that have no connection to any of our verses. 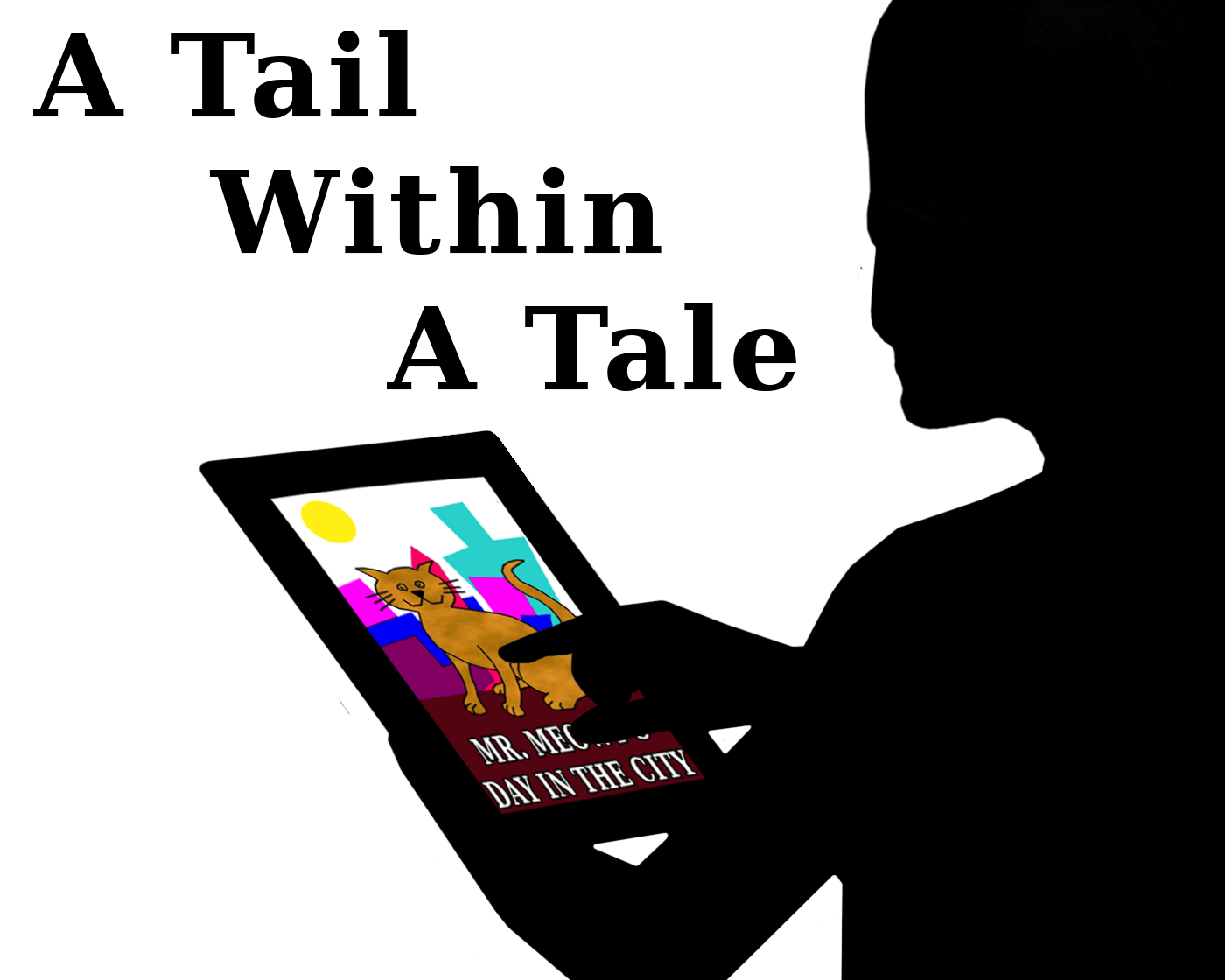 As Gl’rt and the others raced towards Earth with a great sense of urgency, Gl’rt reflected on the events that got them to this point. He thought back to the raid he and his team carried out in an effort to capture evidence on the species of Earth.

When the raid was taking place, he had no idea that he had found evidence of heinous crimes being committed by the dominant species on the planet. No, he was far too busy not waking up the miniature human who was clutching the evidence in their sleep. It was the miniature human’s tight grip that convinced Gl’rt that the intel in its hands was valuable.

With the intel in hand, Gl’rt raced out of the human dwelling, towards the extraction point. His mind was racing right along with his legs as he imagined what the intel was about. It wasn’t until the raiding party reconnected with their interstellar reconnaissance cruiser that his people were able to decipher the intel.

Even though the original copy was now locked away on his home planet, he still remembers every detail. Gl’rt closed his eyes as he remembered the story.

Mr. Meowy woke up and drank a fresh bowl of milk.

Mr. Meowy then walked over to his favorite place to sit — the window sill.

But to Mr. Meowy’s surprise, when he reached the window, it was open.

Gl’rt thought to himself, that this should have been the first indication that something sinister was afoot, before he redirected his thoughts back to the intel.

Curious what was outside the window, Mr. Meowy leapt up to the ledge, and poked his head outside.

Mr. Meowy was so excited, he jumped to the ground outside the window and started walking around.

Everywhere he turned his head, there was another sight to see.

Strange people, all wearing different outfits, moving in every direction.

There were cars. Which were much noisier and smellier than he would have figured.

As Mr. Meowy darted around them, he found all sorts of interesting places.

There was a flower shop with lots of wonderful smelling flowers.

Dark alleyways with some not so wonderful smells.

But what Mr. Meowy saw next was the most impressive of all.

It was a giant cat mansion.

Mr. Meowy had never seen a cat mansion that looked as glorious as this one did.

Without hesitation, Mr. Meowy ran toward the cat mansion and proceeded to run up to the top.

The further up Mr. Meowy got, the happier he became.

Then he was there, the top of the cat mansion.

Mr. Meowy looked around for what would soon be his new favorite spot, which he quickly found in the form of a beam sticking out the side of the cat mansion.

Mr. Meowy proudly pranced his way towards his new spot, melting into it as he laid down.

He drifted off into the most restful slumber he ever had.

Sadly, that restful slumber was not meant to last.

He was woken up, as someone picked him up and started carrying him out of the cat mansion.

Mr. Meowy contemplated trying to get away from the human carrying him, but he was too relaxed after his perfect rest.

It didn’t take too long until Mr. Meowy was being handed to his now relieved owner.

Once Mr. Meowy was released and allowed to roam around once more, he immediately headed towards his old favorite spot, so he could go back and visit his new favorite spot.

To Mr. Meowy’s dismay, the window was not open when he reached it.

Mr. Meowy sighed as he curled up into his old favorite spot, dreaming of his new spot as he fell asleep once more.

Gl’rt could feel his anger grow, just as it had the first time he read the deciphered intel. How could a species be so cruel to another? For Mr. Meowy to be forced to live such a sheltered life, and then once he got to taste freedom, he is forced to return to the life of being a slave.

Gl’rt slammed his fist on the arm pad of his chair, as he thought about Mr. Meowy living with the knowledge of what freedom is, while having no ability to do anything about it.

“This all changes today, Mr. Meowy,” Gl’rt said under his breath.

Before he could get another thought in, one of his lieutenants announced, “Commander Gl’rt, we are approaching Earth’s outer atmosphere.”

Gl’rt nodded towards his lieutenant, before turning on the communication channel for the fleet and issuing the order, “Initiate cloaking.”

Gl’rt looked over to his operations lieutenant for confirmation that the fleet had cloaked. Once he received the confirmation, he began thinking about the road he had to travel to get to this point.

While convincing his fellow soldiers of the necessity of protecting those who are being oppressed was easy enough to do, convincing the Ub’tan Assembly was an entirely different manner. Putting Ub’tanians at risk for the benefit of others, was always a political minefield.

For several months, Gl’rt was certain they were not going to approve the Earth Liberation Force. Just when Gl’rt was getting ready to throw in the towel, an alien cultural historian stepped forward and offered the second piece of critical intel.

This new piece of intel was actually acquired during a previous reconnaissance mission. It was a propaganda video showing three creatures, one of whom looked similar to Mr. Meowy.

It is a detestable video that was likely created to brainwash slaves into thinking it was their responsibility to return to their masters. Homeward Bound, peesh, it sounded more like Cageward Bound to Gl’rt.

His heart could hold no more rage; it was time to end this injustice once and for all. It was time for him to carry out the orders given to him, when the Ub’tan Assembly made him the Supreme Commander of the Earth Liberation Force. Orders that were critically clear, leave no human remaining.

“Thy will be done,” Gl’rt said, as he opened a channel to the fleet before continuing, “This is Supreme Commander Gl’rt, the time is upon us, in which we must rise up and be flawless in our execution. I don’t need to remind you what’s at stake here today; we are all familiar with the injustice that exist on Earth. We are all aware of the vile species known as humanity. We are all aware of the beings who suffer under their rule, beings like Mr. Meowy. Their suffering ends right now, for today we will deliver justice, and those who have only known lives of suffering, today they will finally know…OF FREEDOM!”

Gl’rt could not hear the response from the other ships, but he could hear the chorus of cheering on his own ship.

He nodded with satisfaction and said, “Remember our orders, vaporize every last one of them. Commence the attack.”

In an instant, attacks were carried out across Earth’s surface, with humanity failing to put up a meaningful defense against the superior Ub’tan technologies. For hours, reports were flooding in of territories that were deemed “human free” and with each passing hour, Gl’rt became more and more restless.

It wasn’t until the final city was cleared out that his top lieutenant came with the report he was waiting for.

The lieutenant stopped in front of Gl’rt and rendered a salute before reporting, “Sir, our forces have identified thirteen thousand seven hundred and fifty eight cats, by the name of Mr. Meowy.”

He had already determined that Mr. Meowy was likely dead, given the date on the intel. But he had hoped that cat’s naming customs were similar to Ub’tanian customs, where children take on the same name as their parent of the same gender. What Gl’rt and the Ub’tan theorist failed to consider, was Mr. Meowy having such a high reproduction rate.

Gl’rt shook his head and said, “Gather them up and find appropriate female companions for each of them,” he paused briefly, before adding, “Do not put them together just yet though. We can’t have them reproducing on the ships, or else they could quickly overpopulate our life support systems; or worse, our ability to feed them. Once we get back, we will let the Ub’tan scientist determine how to regulate their breeding.”

His lieutenant gave a courteous bow, before going to carry out the orders given.

Gl’rt meanwhile, closed his eyes and said a prayer, “Juba, Goddess of the Spirits, please hear your humble servant. There is one amongst you called Mr. Meowy, could you tell him that his species has been freed and his descendants are being taken care of. Please Juba, please ease the pain in his soul.”

Gl’rt opened his eyes and for the first time since getting the intel, the rage that fueled his efforts has been replaced with a sense of peace.