In this story, we learn that the Shadow of Light have carried out another attack on the Committee. This time however, they have gone after one of its members directly, Dasha Drivels Chok. This story is the prequel to Scars of Heart. 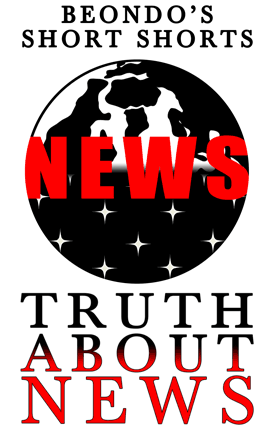 Dasha Drivels Chok, the Chairman of Chok Industries, was killed in the early hours of the morning, in a terrorist attack on his primary residence.

The terror group known as Shadow of Light have already claimed responsibility for the attack during an illegal broadcast. The broadcast once again featured the assumed terrorist group leader, who calls himself Daddy Ninja Death.

We have received the following response from office of Oceania's President Guilfoyle:

"Oceania condemns the horrific attack carried out against Mr. Dasha Drivels Chok in Singapore earlier this morning. We have confirmed that the attack was carried out by the terrorist organization known as Shadow of Light. This is believed to be the first attack carried out by this group since their assault on the Denver Galactic Spaceport which resulted in many civilian casualties.

The terror group Shadow of Light, again carried out a wormhole jump into our atmosphere, a direct violation of galactic law. We have received reports that the terrorist suffered numerous casualties during this raid. Unfortunately, all of their dead were carried to the assault shuttles, moments before they made the jump out of Earth's atmosphere.

We have already spoken with the other governments of Earth about this incident and rest assured, Earth stands united against this global threat to peace and security. We will hunt down this group and make them stand trial for their crimes.

In the meantime, we offer our condolences and sympathies to the Chok family and any others who have been affected by this attack."

Mr. Dasha Drivels Chok was one of the accused members of the so-called group known as The Committee. Mr. Chok was cleared of these accusations during the Earth Tribunal of Truth, which followed the attack on the Denver Galactic Spaceport.

During the tribunal, it was made abundantly clear that Mr. Chok was an extremely charitable person who was a devoted family man. His family contributes to twenty four different charities every year in addition to various random donations made here and there.

Mr. Chok is survived by his wife and two children, who were not at the Chok residence at the time of the attack. A friend of the family made the following statement on their behalf:

"Our hearts have grown heavy upon hearing the news that we have lost a devote husband, father, and community leader. We have barely begun the long process of understanding why someone would do this to such a good person. We ask that the press give us space as we deal with this loss.

We here at the United Earth Press will continue to stay on top of this tragic event and we will update you, as more information becomes available.

The criminal Dasha Drivels Chok, was killed in the early morning in Singapore, Oceania, Earth, at one of his many homes.

Mr. Chok is a member of The Committee and was considered a high value target by the freedom fighter group known as, Shadow of Light. The attack was carried out by Daddy Ninja Death and the Death Knights alongside other Shadow of Light soldiers.

The attacks were quickly condemned by Earth's faux-governments, who continue to refuse to acknowledge that all of Earth's governments are actually controlled by a central body known as, World Order, who in turn is controlled by The Committee.

In addition to condemning the attacks, Earth's leadership also continued to paint Mr. Chok as an honorable citizen and family man. We do not believe that to be the truth, as we have already been shown evidence that Chok Industries was responsible for the enslavement of the Chorda.

In a briefing given moments after the attack was carried out, Daddy Ninja Death stated:

"Moments ago, I Daddy Ninja Death, the Death Knights, and other agents of the Shadow of Light, carried out an assault on Mr. Dasha Drivels Chok, at him home in Singapore, Oceania. This is the first operation that we have carried out since our assault on the World Order HQ last year to free kidnapped Singularitus, being held prisoner and being experimented on.

The reason we chose Mr. Chok, is due to his company's involvement in the enslavement of the Chorda; a crime of the highest order. In the months ahead, we will continue our assault on Earth's leadership until we are able to restore democracy on Earth. We will continue to do our best to minimize civilian casualties, however, the realities of war do not often allow for such an outcome.

For freedom, we must, and we will.

To the future we go!"

At this time, most members of the Galactic Collective have not issued any condemnations of the actions taken by the Shadow of Light, save for a few of Earth's closest allies. Given that Earth's new ambassador to the Galactic Collective has made several request in the past for solidarity against the Shadow of Light (and has not received it), we can only assume that Earth's current leadership will continue to face this alone.